(Not something I would do again certainly, quite tough but undoubtedly worthy!)

It was sometime in March when one day I woke up thinking were to go for my next leave… talking with a colleague of mine he suggested me: Tanzania.

Why not! Unfortunately none of my friends could take the leave the same time I was… anyway, no problem, I decided I would go alone!

I started to check on the internet info about Tanzania and I came across Viva Africa Tours, Kilimanjaro trekking, great reviews on Tripadvisor… why not I thought, and so in a week I organized my tour: 7 days Machame Route, the Whisky route! 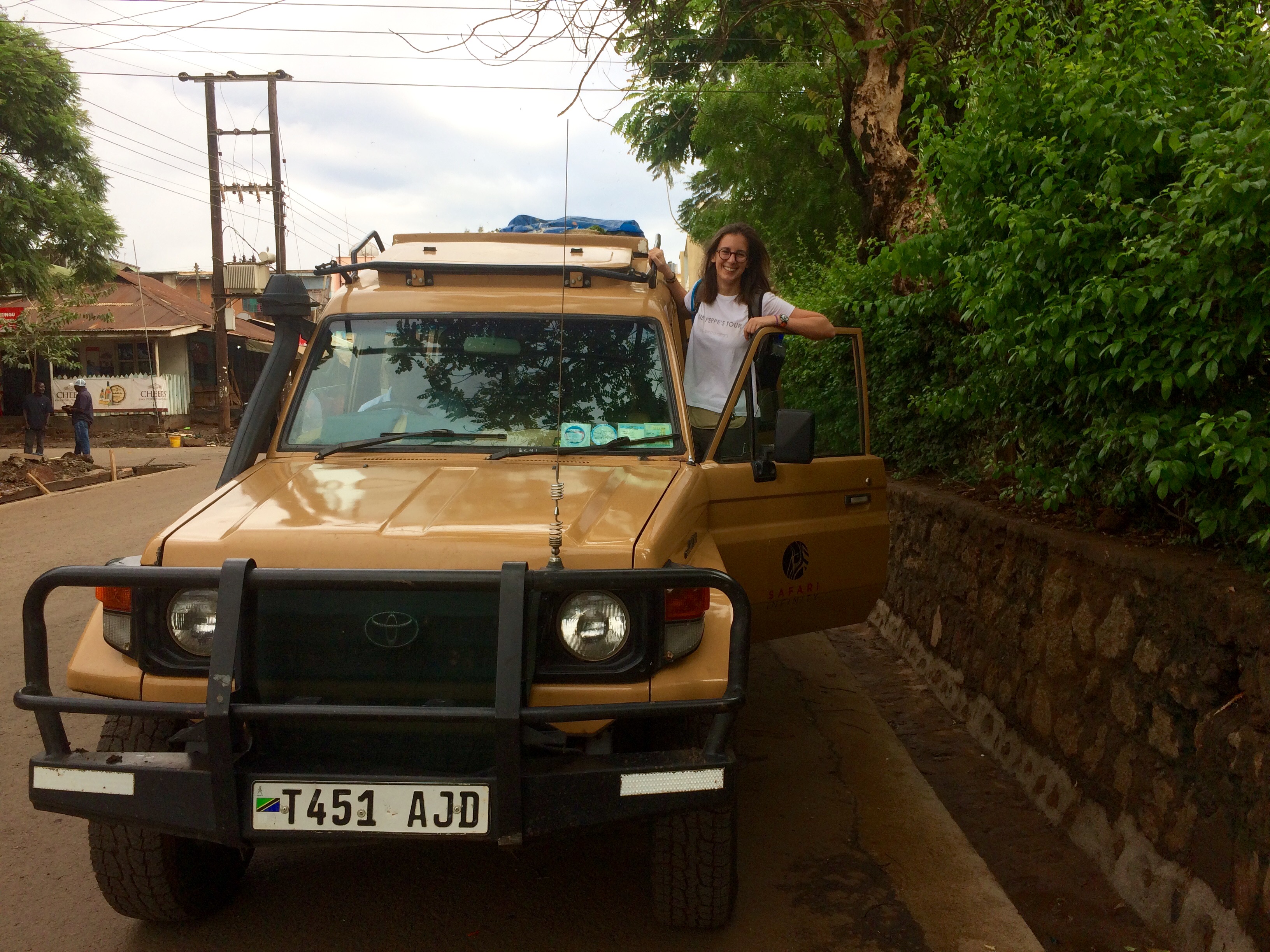 And so it was, on the 7th of April at 12:55 I landed at Kilimanjaro airport, first time on a holiday alone, I’ve never travelled alone before… scaring and exiting at the same time, a decision took in a rush of a moment.

I admit I was a bit scared that I wouldn’t make it since I was not that fit and I decided not to take diamox (not sure about the side effects), but Stanley, my guide, first thing he told me was ‘Hakuna Matata’! No problem! Kilimanjaro Pole Pole!

Our crew was composed by Stanley the guide, Sifa the Chef but also assistant guide (was on training to become a mountain guide) and 5 porters.

Along the way I would always be with Stanley of course, Sifa most of the time, who would carry the eggs box throughout the whole way (something amazing for me to see how he could walk so fast up the mountain without breaking a single egg!) and from time to time also James (one the porters) would join us in the walk.

We had a wonderful time, Stanley would always look after me, Kilimanjaro pole pole and Hakuna Matata! Explaining me about the mountain and the people, he told me that in Tanzania there are about 120 different languages as well as tribes, impressive!

The meals on Kilimanjaro

Every evening, once back to the tent I knew that Praygod (one of the porters) would wait for me at the tent with tea and popcorn! Dinner time was always a tragedy instead, according to my own opinion the guys were making for me ‘man portions’, therefore I could never managed to finish everything.

Consequently, Praygod would tell me ‘eat, eat more’ and then would come Sifa asking if the food was good (I think I made him crazy with my ‘not eating’), I would always tell him that the food was great (indeed it was) but it was just too much for me and lastly would come Stanley.

Stanley would come to the tent and say ‘Kilimanjaro needs energy, eat pole pole’, till one evening I was in the tent with both Stanely and Sifa, they were telling me stories about the mountain and other tourist groups that went with them till the top, when Stanely didn’t finished his food! So I told Stanley ‘you should eat, Kilimanjaro needs energy’ :-)!!

The final ascent to Uhuru Peak

And the day of the Uhuru Peak arrived, Stanley, Sifa and James left with me from Barafu camp, all the guys (all the 7 of them wanted to ensure that I was ready 🙂 ) crossed checked my trekking gear and wished us luck. It was 10:00am when we left!

Gosh if it was tough! The more we were going up the more I would feel dizzy, each 2 steps forward would meant a step backward, at the same time I would also feel sleepy and the guys would tell me ‘don’t sleep, no time to sleep now’.

I was also afraid of the clouds, I would keep telling Stanley that the clouds would come and it would have been impossible to continue and Stanley would patiently answer ‘hakuna matata, weather always change on Kilimanjaro, like a chameleon’! 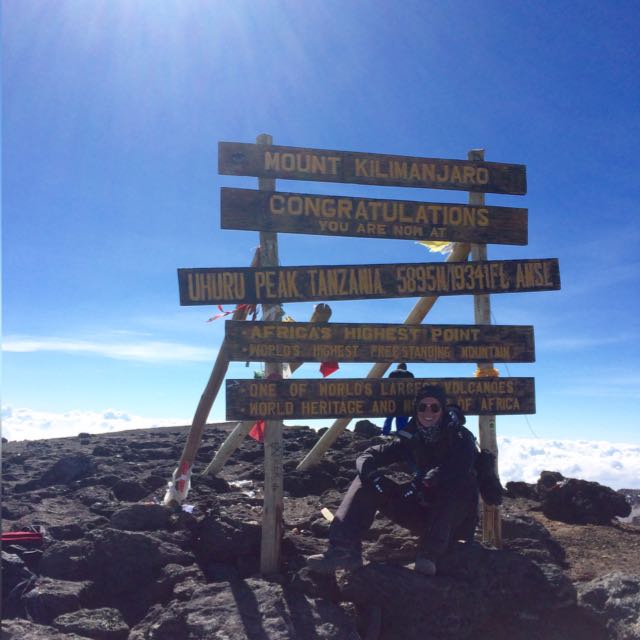 We made it till Stella Point and when Sifa showed me Uhuru Peak, at that moment, all the energies came back all of a sudden! I almost rushed (more normal walking than rush actually, but considering my status was like running) till the Peak! I couldn’t believe it! We did it! Asante sana sana guys! To all!!

Thanks to the crew I’ve managed to see and reach an infinite spectacle of nature!

Absolute perfection! An ocean of clouds below us, the glaciers around us and the sky above us! A symphony of beauty and perfection! ASANTE SANA!! 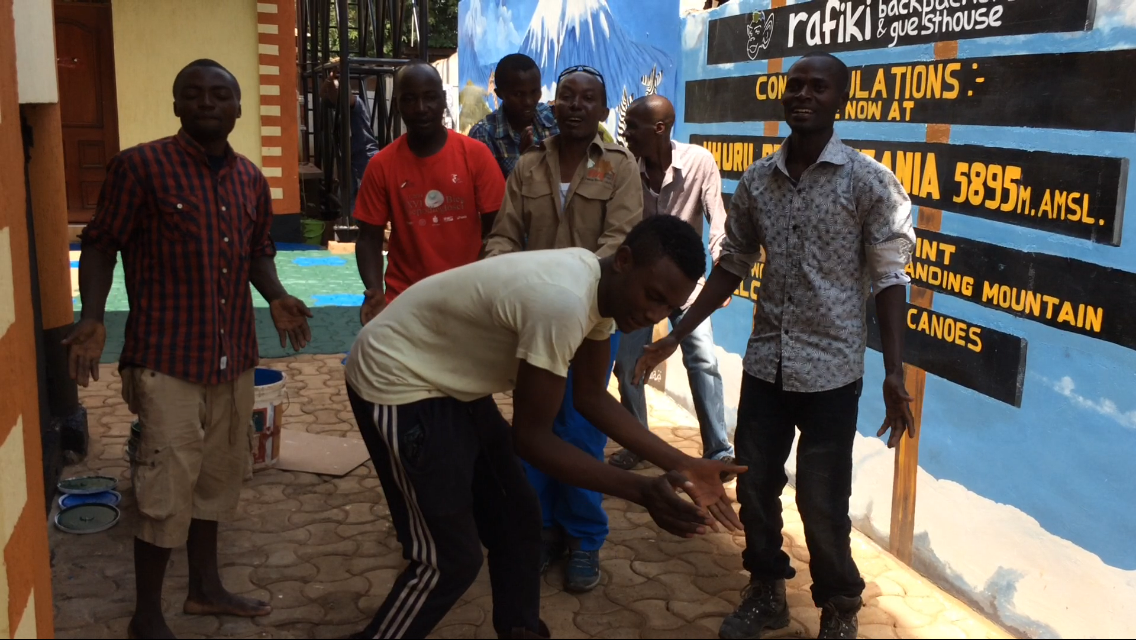 With no doubt I had an amazing time! I went alone, scared to be alone, but I’ve never actually been alone! I was with the crew that cuddled me the whole time, and of course at each camp I would meet other “lonely” trekkers like myself.

A life time experience made possible only thanks to my Viva Africa Tours and my fantastic Crew! ASANTE SANA! GRAZIE!